Thomas: So can you tell us something about the Band “Edge of Paradise”, when they founded and how?

Margarita: Hi Thomas, thank you so much for your message, really cool magazine! Very glad you liked the CD, I’d love to do the interview and tell you more about it! Edge Of Paradise was founded in 2011 by Dave Bates (guitarist) and myself. We met when we were hired to work on a project by a producer, a few weeks later Dave said he was looking for a singer.  He had a band with Robin McCauley, Tony Franklin (bass), and Greg Bissonette (drums), called Bleed. But when Robin joined Survivor on tour, the band ended. He showed me some songs he had written with Robin, and I liked what I heard, we worked great together and had the same goals, so we decided to start our own band and called it Edge Of Paradise. Few months later we released our debut CD ‚Mask’ as a foundation for the band.  While playing shows and solidifying the line up, we wrote our first song together, “In a Dream,” and that set the way for our new CD ‚Immortal Waltz‘, defining the sound of Edge Of Paradise.

Thomas: So tell us who found the Name EDGE OF PARADISE and what is the sense of this Name or is it just a Name for the Band?

Margarita:Dave and I came up with the name, we live in Los Angeles, and on the surface it may seem like paradise, but more often then not, it’s a facade and living here can be very chaotic, one wrong step and you might fall off the paradise and it’s very hard to get back up. So we all live here on the Edge Of Paradise and that was the idea behind the name 🙂

Thomas: That’s Sounds good. So let us Talk about the new Album „Immortal Waltz“. What can you tell us about the Album

Margarita: Yes, we are very excited for people to hear Immortal Waltz, I feel like this is the CD that will define our sound. Our songs are dynamic and sometimes theatrical and will take you on a roller coaster ride 🙂 We were very lucky to have the opportunity to work with Michael Wagener, he is a genius at what he does and is incredibly inspiring, working with him was a major reflection on the outcome of the songs! I think it’s something different that people haven’t heard yet, but still accessible, because the songs are rooted in traditional hard rock and heavy metal, we just put our spin on them.

Thomas: Did you have Favorites on the Album or did you say all Songs are great?

Margarita: It’s a hard question for me to answer because I put my heart and soul into each and every song 🙂 But if i had to pick, I would go with „In A Dream“, that song was the first one written and that’s when we found the direction in which we wanted to take our sound. „Rise For The Fallen“ that song is so much fun to play live! And „Immortal Waltz“, when we were recording it, Michael and I were having a blast playing around with all the cool sounds on the keyboard and organ in his studio, I think it’s a really unique song and I’d love to make a crazy music video for it 🙂 „Ghost“ and „It’s My Show“ are also in my favorites, very fun to perform them live!

Thomas: I love the Album.  What are your upcoming Tour/Live Show plans where Fans here in Germany can see you and listen to your Music?

Margarita: Thank you very much, so glad to hear that! Right now we’re touring the US in the summer, we’ll be announcing all the tour dates in May. Our goal is to bring the band to Europe by the end of the year or beginning of 2016! Getting to Germany is our priority, it’s an awesome place for music and we’ve been getting a lot of support from there, so we can’t wait! We’re still a new band so we’ve been doing things step by step, but after the CD is released, we will shift our focus on touring and more touring! 🙂 And you can keep posted on our tour dates on our facebook page or website

Margarita: We can’t wait as well! The most memorable concert I would have to say was our trip to Hawaii, we were scheduled to play a festival out there, it’s a beautiful place! So when we arrived we went to check out the area where the festival was held and it was on the other side of the island then the airport, so we had to literally drive through the jungle to get there. So the day before the festival,we were sitting at a restaurant and all of a sudden the sirens started going off and the police were announcing a tsunami, so they evacuated everyone along the coast to the mountains, we had to spend all night on a mountain. The tsunami never happened, but the part of the island that was holding the festival was still closed off. Unfortunately the festival was called off, but we ended up playing 3 shows in one night along in the area where we stayed along the beach that had a bunch of clubs and great nightlife. We were hopping from one venue to the next. People gave us the warmest welcome and we made a bunch of new friends, playing 3 shows in one night was definitely memorable and pretty exhausting, and people love rock in Hawaii! So that was one of our crazy adventures 🙂

Thomas: We have heard that you have a varied musical backround. How did you get into Metal?

Margarita: Completely by chance, never thought I’d be fronting a band, especially a metal band 🙂 I always liked heavy music though and when I met Dave (the guitarist) and had the opportunity to start a band with him, I went with it and I’m very glad I did! Our first CD Mask, allowed me to figure out what I can do with my voice and gave me a chance to evolve as a singer. But having the classical piano background helps me with writing songs, the melodies, and I think adds a unique element to our songs! 🙂

Thomas: As a Vocalist of a Metal Band, we think you have one or more Vocalist as a Shining example, can you tell us if it is so and when who is it?

Margarita: So many great vocalists out there! My biggest inspiration is Ronnie James Dio, unfortunately I never got to see him live, but every word he sang is great, you can hear he put his heart on soul into it, so much attitude and power, he was truly one of the best vocalists that ever lived!

Thomas: What was your first Concert you see as a Fan?

Margarita: I lived in Moscow till I was ten, Michael Jackson gave a concert there, it was the biggest deal, so my mom took me to see it, I think I was about eight 🙂 Did you have a favorite Movie? Which Movie you see at last?I love Edward Scissorhands 🙂 I think the last movie I saw was Whiplash, the one about the drummer and his „very passionate“ teacher, great movie! Thomas: What was your first CD you bought?

Margarita: I believe it was Led Zeppelin III Thomas: Anything else you like to promote?

Margarita: We have two music videos coming out in May as well, so keep posted for that! 🙂 Just want to thank everyone out there for the support, we can’t wait to share this new album with you! And wanted to mention my awesome band mates, Dave Bates, John Chominsky and Nick Ericson, we look forward to playing in Germany and everywhere else! Thank you Thomas for this interview!

Thomas: Margarita i have to say thank you to you. I hope that we can see you here in Germany as soon as possible. 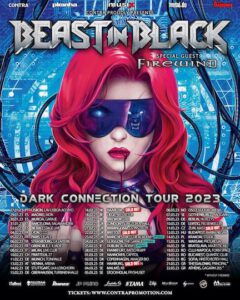 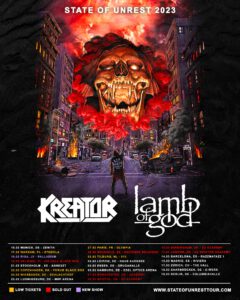 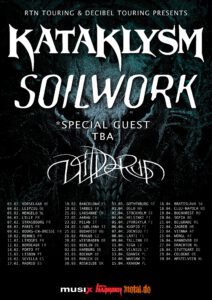